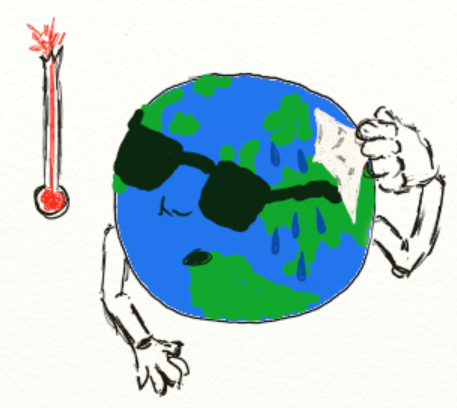 As the World’s average temperature continues to increase, with Indian summers becoming expected rather than hoped for, we all (especially in the UK) pray for air conditioned buildings in the Summer months. Air conditioning is not without carbon-emissions though, and an increase in its use would only add to the growing concern of Global warming. What if there was another way to cool our buildings (other than by opening a window, of course)? 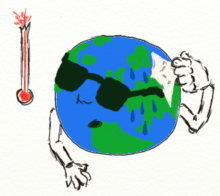 Due to the rise in temperature and number of people working in offices, energy consumption by air conditioning is expected to double by 2020 in the UK, with current systems already accounting for 30% of an office’s annual electrical energy consumption. This use of electricity leads to higher CO2 emissions, only increasing the already growing problem that is global warming. There are many different air conditioning systems, from simple units for individual rooms or homes, to more complicated cooling systems for entire buildings.

Some systems work by taking in warm air from the room and passing it over a coil which contains a cold liquid (i.e. refrigerant). This refrigerant absorbs the heat from the warm air, vaporising the liquid, but also cooling the air by taking the heat. Commonly used refrigerants are HCFCs (hydrochlorofluorocarbons). Larger cooling systems which supply cold air to an entire building work in a slightly different way but still use HCFCs as refrigerants. As well as the increase in electricity used by air conditioning systems, HCFCs are used in place of CFCs (chlorofluorocarbons), which were harmful to the ozone layer, in an attempt to reduce the damage done by these systems. Still, many refrigerants are still contributors to greenhouse gases. 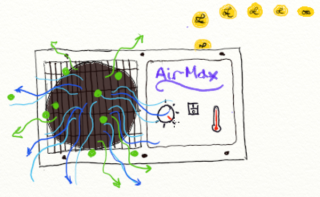 What if we could completely get rid of air conditioning and replace it with something that had no carbon emissions? Scientists at Columbia University have devised a cooling method that is both inexpensive and environmentally friendly. They have created a paint which is able to cool buildings in direct sunlight. The coating works via a passive daytime radiative cooling (PDRC) system, whereby the paint is able to reflect the sunlight off its surface and also emit heat radiation into the cool surrounding atmosphere. Due to these two effects, the paint is able to continuously lose heat to the atmosphere, cooling the building to below ambient temperatures. 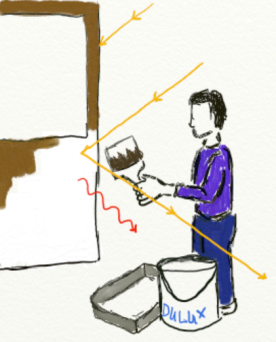 This miraculous paint was produced by making a solution of a polymer (i.e. a large molecule made of repeated subunits), solvent (such as acetone) and water, which was then coated onto a surface much like a paint. As the solvent evaporates from the surface, water forms droplets within the polymer. Eventually, the water evaporates too and leaves tiny holes (i.e. pores) in the polymer film. The film is now white in colour and the pores left behind are able to reflect and scatter 96% of sunlight. The film also constantly radiates heat into the cooler sky above, and together, these properties allow for a material which has been demonstrated to be 6oC cooler than its surroundings. Thus, the building and that which it houses are kept cool in hotter climates/months.

This link is a great breakdown of how the paint works and how it was created:

A solution such as this paint could help developed countries where global warming is impacting upon built up city areas, cooling the buildings without the need for energy consumption and not contributing to pollution itself. However, this paint can also aid underdeveloped countries where electricity is not widespread, and thus to date, air conditioning has not been able to provide help in hot climates. The production and materials are inexpensive and application is also simple, making this a great alternative for countries where easy access to electricity has not been possible. With an increasing global temperature, and ever growing concern to remove our reliance on fossil fuels, this very cool paint could provide a solution to cooling buildings without adding to pollution.