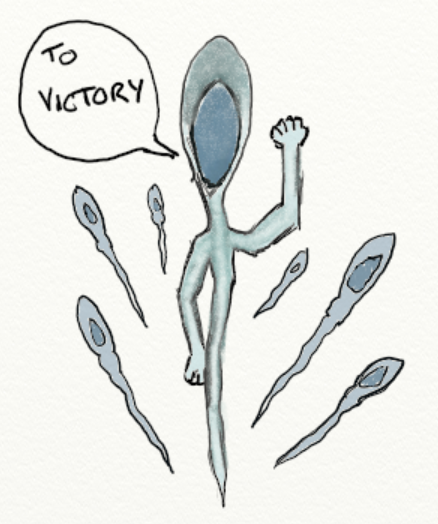 The contraceptive pill was introduced in 1961 and changed women’s lives forever. It gave women choice and an alternative to having children. It was part of a revolution and has even been hailed as one of the greatest scientific discoveries of the 20th Century. However, after almost 60 years, is there a male contraceptive around the corner which could split the responsibility of a couple’s contraceptive options?

Since 1961, much has changed for female contraceptive methods which are freely available (in the UK). The pill, which contains synthetic versions of oestrogen, progesterone or both, has given women the chance to further their education, have children later in life and enjoy a fruitful career. It is thought that 70% of British women have used the pill at some stage. Now, as well as hormonal treatments such as the pill, there are condoms, long-acting reversible contraception such as the implant, and even permanent contraceptive methods like vasectomies. Obviously, the pill is not a barrier to sexually transmitted infections (STIs), but is great for pregnancy control. Currently, vasectomies and condoms are the only options for men wishing to take charge of contraception, but there may finally be an alternative on the way.

Some women are unable to take hormonal, or other, contraceptive methods due to allergies or increased risk of diseases such as breast cancer. The pill also has common side effects like mood swings, nausea, weight gain and migraines amongst others. In 2012 it was reported that researchers had conducted mice studies for a male contraceptive pill. The pill would work by blocking a protein involved in sperm production. In mice experiments the formula was administered via injection, and was shown to be effective and reversible (i.e. the male mice could father offspring a few months after finishing the treatment); a perfect answer for men not wanting to undergo vasectomies?

Unfortunately, creating a male oral contraceptive is more complicated than a female one. The female pill only has to suppress the function of one ovary in order to work, however for men, you need to suppress their sperm production which is quite hard when an average ejaculation has 300 million sperm cells! In 2016, researchers at German universities reported a male contraceptive injection and showed 98% effectiveness (just less than the female pill at 99%). This study made it to human trials involving 320 men who received two injections every 8 weeks: one containing progesterone, the other testosterone, reducing their sperm count to below 1 milliom/mL. They were then monitored for a year with their partners where the injections were their only form of contraception, and found 98% effectiveness. However, side effects were highly reported. ~50% of men trialled developed acne, and roughly 1 in 5 reported mood swings (much like we women have with the pill…). A more serious side effect was seen in 5% of men who didn’t recover their sperm count after a year, following completion of the treatment. Three quarters of couples trialled said they would happily continue with the injections, but due to these side effects, the trials ended.

What now? In November 2018, a male contraceptive gel was proposed from research funded by the National Institutes of Health. They aim to create a safe, highly effective and reversible method of male contraception. The gel formula contains synthetic progesterone (progestin) and testosterone, and is applied to a man’s back and shoulders being absorbed through the skin. Progestin blocks natural sperm production in the testes, reducing it to low/non-existent levels, whilst the replacement testosterone maintains a normal sex drive and other functions, which are dependant on the hormone. 420 couples will be involved in the study, using the gel daily for 4-12 weeks, until their sperm count reaches an adequate level to avoid conception. The couples will then spend a year relying solely on the gel for contraception (much like the injection study), and then be monitored for 24 weeks afterwards to test sperm count. It will be interesting to report back on this once the results are in!

A male version of the pill has been under investigation for the last few decades. In recent years, researchers have come close to developing a medication which has potential to fill this gap in the market. Let’s not forget, the humble condom is still needed to stop STIs, but in relationships where that is not an issue, it might be nice (or necessary in some cases) to share the contraceptive responsibility. However, until sperm count can be confirmed to increase after finishing the treatment, it will still be up to women to take a pill (or another contraceptive method).

One Reply to “Male Contraception”