It may be cold and frosty at the minute, but we’re still searching for renewable energy alternatives to combat rising temperatures and lower our carbon footprint. Alongside renewable energy sources, we need to find efficient ways to store the energy generated so it can be used when needed. Recent research has discovered a new, effective way of doing this using liquid fuel.

When renewable energy is mentioned many people think of solar power, and whilst it is a great source of abundant renewable energy, there is still no cheap and efficient way to store the energy generated. One option we have talked about before at A Short Scientist is the Powerwall manufactured by Tesla. The Powerwall has an energy storage capacity of 13.5 kWh which translates to boiling the kettle ~337.5 times. The average UK home uses ~48kWh a day (including both gas and electricity), so in the event of a natural disaster or power outage, a Powerwall couldn’t supply a home for a full day of use. The concept is wonderful, but not perfect. 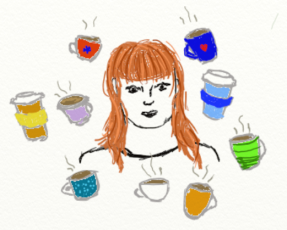 What about new research? Scientists from Chalmers University of Technology, Sweden have developed a ‘solar thermal fuel’ – or specialised fluid that can store energy from the sun for over a decade! This thermal fuel works along the same pretence as a rechargeable battery but instead of electricity, sunlight goes in and heat comes out when needed. The liquid fuel is composed of molecules made from carbon, hydrogen and nitrogen (norbornadiene) which, when hit with sunlight, rearrange themselves (i.e. quadricyclane). This means that the bonds between the atoms change position and create a different arrangement called an isomer, and this form is now energised. Energy from the sun is trapped between strong bonds of the isomer. When the energy is needed (at night for example), the liquid isomer is passed over a catalyst which converts the isomers back to their original conformation (i.e. arrangement) and the energy is released into the system. 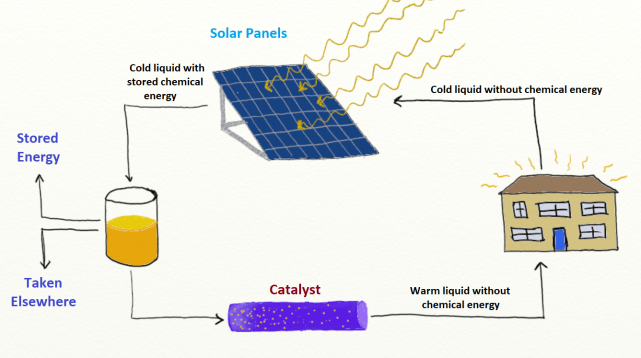 How is this system different to the Powerwall? Where the Powerwall still struggles to hold energy for long periods of time, this new material has the potential to hold surplus solar energy in the isomers for ~18 years, and has ~twice the energy capacity of the Powerwall. This system not only uses the renewable energy of the sun but reuses the liquid output of the system; the whole thing is one self-contained loop, removing the need for frequent changes to the system or renewal of parts, as the Powerwall would need as it degrades. After 125 cycles of the new fuel system, there was negligible degradation. The system has been tested on the roof of the university building and so far so good, grabbing the attention of numerous investors.

So why isn’t it everywhere already? When the energy is released into the liquid, and the liquid passed through the system, heat is generated and the liquid is warmed to 63°C. It is hoped that this system will be used to heat homes and their water, the dishwasher and dryer amongst other things. However, researchers aim to increase this heating to at least 110°C; higher temperatures will boil water in the system, creating steam which can be used to power turbines which generate electricity. Currently, the fuel responds to only the shortest wavelengths of sunlight such as ultraviolet and blue light (about 5% of all solar energy). Researchers are attempting to better the fuel’s sensitivity to more wavelengths and in turn improve efficiency. They hope to launch the full system within the next 10 years! 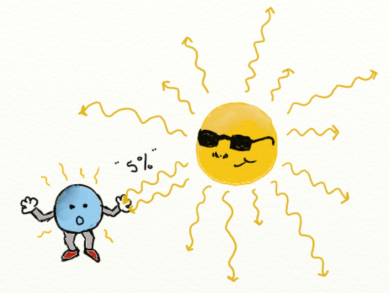 There are now ~15 research groups working on this research area across the Globe. Renewable energy is the way forward as we come to the end of our non-renewable energy sources such as coal and natural gas. Currently, a drawback of renewable energy is its difficulty in being stored efficiently and cheaply and thus, research such as this may hold the key for countries to invest in renewable energy sources nationwide. The solar thermal fuel has only been researched for a year or so, but is already more promising than anything currently on the market. Watch this space; you may see the solar thermal fuel system coming into homes in the not too distant future.

One Reply to “Solar Gold”