Inspired by a series of glorious products from the wonderful Heidi of ScienceOnAPostcard, this week’s article is about easily one of the most important discoveries for medicine: vaccinations. With a huge rise in reports of diseases which can be protected against using vaccinations, it’s time to talk about how important they are and explain how they work their magic.

At the time of writing in March ’18, my article about the HPV vaccine stated that we had successfully eradicated one disease (smallpox) and had a further 6 under control as a result of successful, global, vaccination programmes (i.e. diphtheria, whooping cough, measles, neonatal tetanus, hepatitis B, polio). However, with a rise in anti-vaxxers this is no longer the case, and reports of these diseases are on the rise. Let’s get to the bottom of this. (Image courtesy of ScienceOnAPostcard) 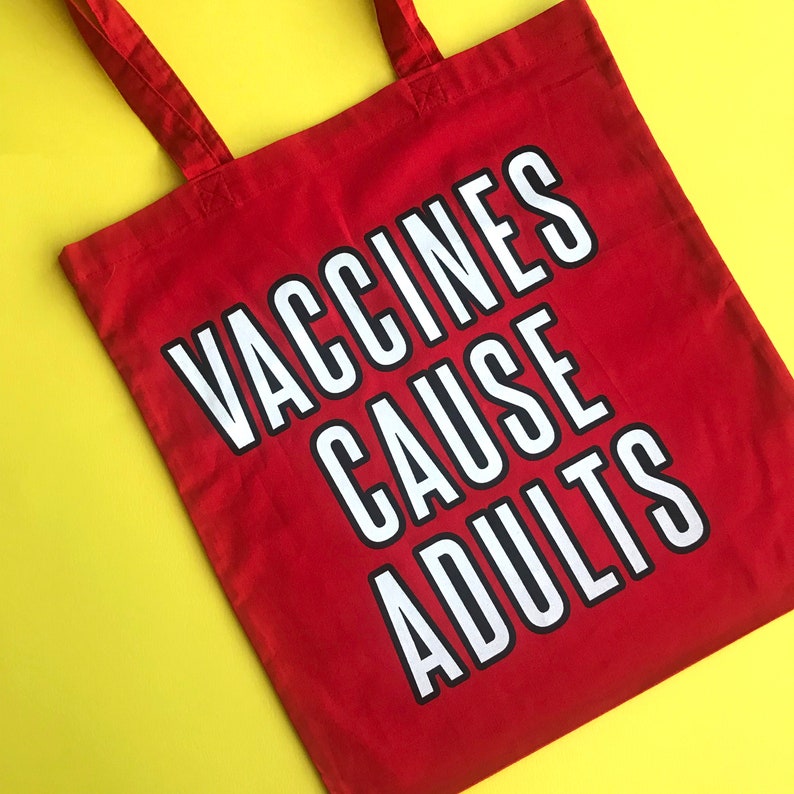 We’re exposed to foreign bodies such as bacteria or viruses every day. Think of your commute; there’s no way you’ve completely avoided contact with someone who has a bacteria or virus. However, you don’t get ill everyday. When exposed to a foreign body our immune cells (i.e. lymphocytes) defend us by producing antibodies which “fight” the invader (i.e. antigen). The CDC estimated that we produce millions of antibodies every day, meaning we notice very few of the possible infections we have come into contact with. When we finish fighting an infection, the knowledge of these antibodies is stored in memory cells so we can quickly combat that disease again if it invades us. However, when we face something we’ve not been exposed to before, it can knock us, taking a while to develop the right antibodies to fight infection. For some diseases though, a few days is too long to wait for a fighting response (e.g. whooping cough, measles etc.); such infections can spread and kill many people rapidly before our bodies can fight them. Thankfully, many of us have been lucky enough to have had vaccinations, protecting us from diseases which train our bodies to defend themselves if attacked.

How do vaccinations work? Vaccines contain a dead or weakened (i.e. attenuated) version of the harmful foreign body (i.e. antigen). They are at a low dose and cannot cause the infection, but do lead to an immune response from the body as they’re seen as foreign. This means the body has now created antibodies for this harmful disease which are stored in the memory cells, protecting you quickly if you were to come into contact with that disease in the future. Vaccinations also protect those who cannot have them because of their age or a weak immune system, through herd protection. If everyone around these vulnerable individuals has been vaccinated, they are unlikely to come into contact with the disease, thus protecting them.

So why am I writing this article? Surely everyone knows to get their vaccinations? Unfortunately this is not the case, and the subsequent rise in diseases such as measles is alarming. Globally there has been a 300% rise in measles reports, with highest numbers in Africa but it is on the rise in the developed world too, increasing in the UK and US. Anti-vaxxers have hit the headlines over the last few years, clinging to a few reports of vaccinations leading to other complications or conditions, such as autism. One study from 1998 claimed that the MMR (measles, mumps and rubella) vaccine lead to an increased risk of a child developing autism. Dr Andrew Wakefield even published his work in The Lancet. The study tested only 12 children, had numerous errors and other conflicts of interest. The study has since been redacted, not been successfully repeated and thus, there is NO fuel for the autism-vaccination fire. Read more on debunking anti-vaxxer myths HERE.

The introduction of the measles vaccination in 1968 is thought to have prevented 20 millions cases, and 4,500 deaths in the UK alone. However, the CDC estimates 164,000 people every year will die around the World from measles (one of the most contagious diseases) as it makes a come back, and up to 195,000 deaths per year from the whooping cough resurgence.  The following is an interactive map which lets you see the increase in vaccine-preventable diseases around the World. It must be distressing as a new parent to read some of the vaccination scare stories, but we were really close to eradicating measles a few years ago; maybe we should forget “fake news” pushed by the few, educate people more, and start listening to the scientists again. Vaccinations have changed the way we live, allowed us to travel the globe and return well, and live much longer, healthier lives. Anti-vaxxers not only put themselves at risk, but many many more.

6 Replies to “Vaccines Cause Adults”