This year is the 150th anniversary of the Mendeleev periodic table which is used across the sciences today. It is also the Royal Society of Chemistry’s (RSC) Chemistry week (it’s ok, you weren’t likely to remember), so as well as highlighting the magnificent periodic table, I thought I’d give you an insight into my favourite element: Carbon.

Absolutely everything on earth is made from an arrangement of elements (such as oxygen, carbon, gold etc.) found in the periodic table, including us. The periodic table was devised 150 years ago by a Russian chemist, Mendeleev (Men–d–lev), as a way to organise chemical elements, putting ones with similar properties into groups, or near to one another. When first compiled by Mendeleev in 1869, there were between 56-63 known elements to arrange but he predicted there would be more to discover, so left gaps in his table where he believed the undiscovered elements would fit. He sorted them, based on atomic mass as well as their physical and chemical properties, into rows (i.e. periods) and columns (i.e. groups). The periodic table of today has 118 elements, with 4 discovered in 2016. Such elements are very unstable, and require specific conditions within which they can exist. However, 94 of the elements are naturally occurring on Earth, without need of specific lab conditions etc.

The UN said that “the periodic table is one of the most significant achievements in science”, and UNESCO decided to make this anniversary year the Year of the Periodic Table (IYPT). Not only does the periodic table help us understand matter on Earth, but also throughout the Universe. When preparing for university interviews, my biology teacher asked me what my favourite compound was (they sometimes ask strange questions like this to see how you deal with it) and, to no one’s surprise, I had an answer: Buckministerfullerene (or Bucky Balls). They’re amazing ball structures made from 60 carbon atoms, and have many possible applications in cancer drug delivery (if you want to know more check out my VERY FIRST blog post: Why Cancer’s Future could be Golden). This got me thinking, is carbon my favourite element? Answer: yes, but why?

Carbon is the backbone of most life on Earth. Without it we wouldn’t exist. It is the sixth most abundant element in the universe and is even found at the centre of stars. Carbon is also incredibly versatile. When arranged in one way, carbon atoms form the soft graphite found in pencils. Take just one sheet of this and you have graphene, one the strongest materials on Earth with amazing technological applications. One final rearrangement and you get one of the hardest and most valuable materials: diamonds. All of this using just one type of atom, rearranged in different patterns. Roughly 10 million carbon compounds have been discovered, and it is thought that carbon is a key element in 95% of all known compounds; it is key to life as we know it.

Carbon may have been around forever, used as coal by our ancestors, but that doesn’t mean research isn’t still ongoing. In fact, carbon could hold the key to future technologies. The discovery of my favourite compound, BuckyBalls, in 1985 has led to new research fields in drug delivery. The idea is that by attaching drugs to these structures, we can deliver drugs to target sites (such as tumours or infections) efficiently. For example, chemotherapy drugs could be delivered in this manner, masking them from other rapidly dividing cells (such as hair cells), and delivering a larger percentage of the drug to the target site. This would reduce the dose needed and many nasty side-effects. Investigation towards the uses of “super-material” graphene, is probably one of the most highly anticipated current research areas. It can conduct electricity better than copper, it is the strongest material known, and is ultra lightweight and flexible. Better still, you could make it with a pencil and some cellotape in your kitchen. To read more about this super material, visit my previous post Super-Material Graphene.

The periodic table allows us to explore not only our world, but others within our universe. It has provided the tools to find patterns and understand interactions in our research and everyday life. It truly is one of the most significant scientific achievements to date; thanks Mendeleev. If you want to know more or get involved with the IYPT celebrations, follow this LINK. And as for carbon, we’ve gone from coal to diamonds, and from diamonds to future technologies and new medical marvels; Carbon will never fail to amaze me.

Finally, I would like to say a HUGE thank you to YOU! This is my 100th blog post via AShortScientist, and without you lovely lot reading them, it would not have got this far. Every week I aim to offer you all something new and make you question the world around you, but I’m always learning too. This blog has created some very exciting opportunities for me and I can’t thank you enough for continuing to read my science ramblings! Watch out for some more young scientist writing competitions in the New Year… 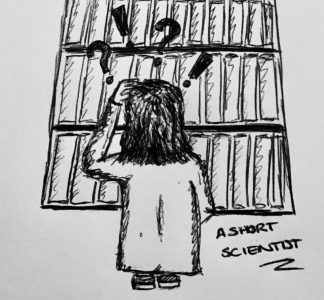