Jade is the third winner of our science writing competition, and entered the 16-18 year old category. She is 16 years old and from the UK. Jade’s piece about the how we came to be was incredibly well written, explained perfectly to the target audience, and thought provoking. Another impressive piece from someone so young. Congratulations Jade. Jade is also a keen scicommer, writing a blog called Never Trust an Atom.

How did life begin?

My favourite area of science is astrobiology – the study of life beyond Earth: this is probably evident from my blog’s content! Unfortunately, it is rather difficult to conduct research into planets/moons that take months or millennia to reach. Therefore, astrobiologists must use the only example of life that we have: Earth! In order to discover where (and if) life could have arisen in the wider universe; we must first understand how Earth came to be teeming with it!

Traditionally, to search for our ancestors and ancient species, we turn to the fossil record. However this only goes back so far. Plate tectonics and volcanoes might be useful when maintaining the constant atmosphere life needs, but the constant recycling of rock also means that ancient fossils get destroyed, or deformed so significantly that we can’t reliably trust it as evidence.

The oldest confirmed fossils we have found are stromatolites (see picture below) in Western Australia, formed 3.5 billion years ago from deposits made by cyanobacteria, the photosynthesisers behind our oxygen atmosphere. Beyond this, the record gets fuzzy; often, research that arises ‘discovering’ older fossils later gets disproven. So instead of digging through rock, scientists have begun to delve into the story our genes tell. 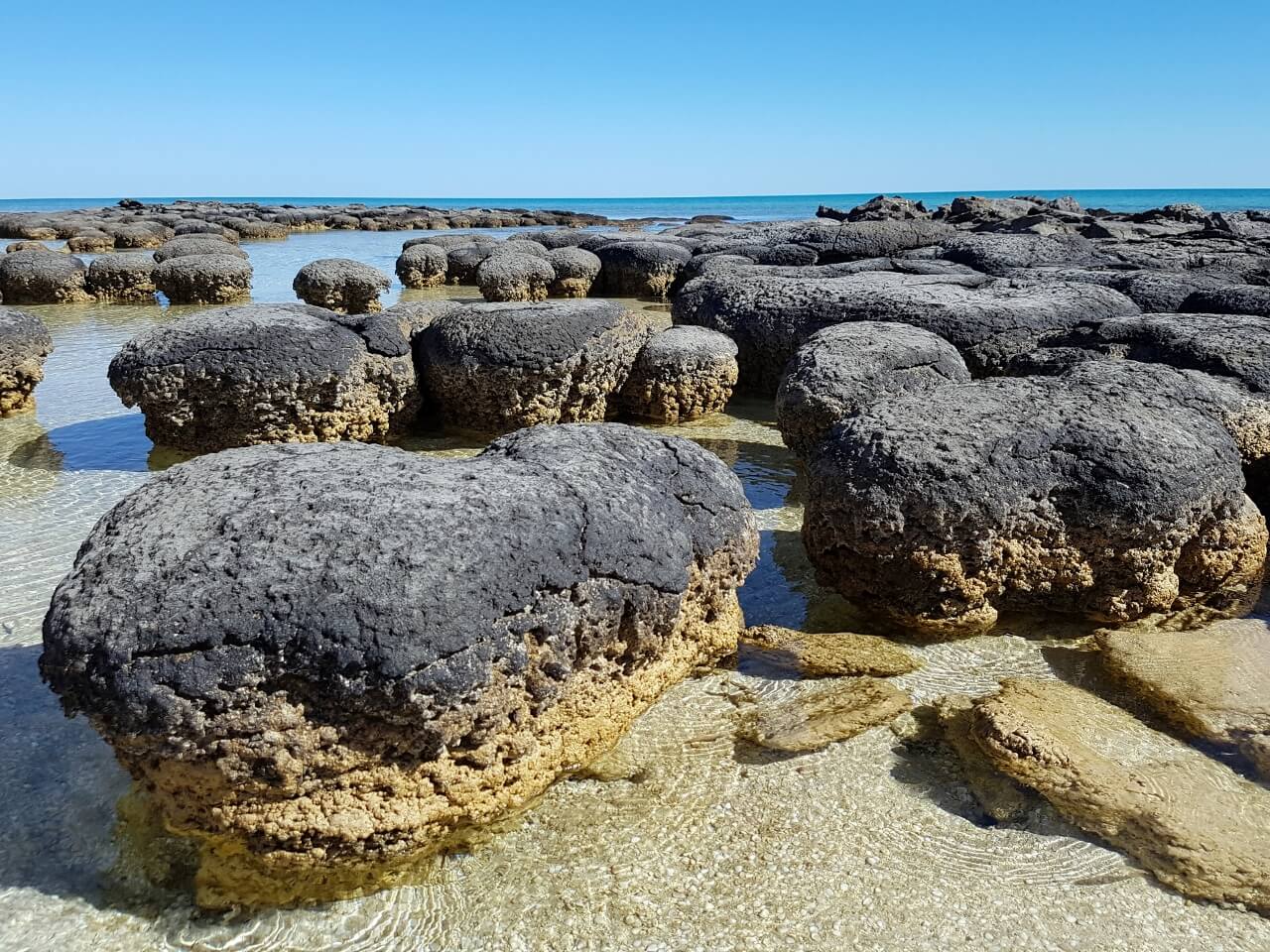 The science of genomics (i.e. studying all of an organism’s genetic material) has accelerated dramatically since the first whole genome was sequenced in 1995 (a bacterium). 2003 marked the completion of the 13 year long Human Genome Project, and now technology has progressed such that a genome can be sequenced in just a few hours, for a few hundred dollars: a fraction of the original $3 billion! By comparing the genomes of today’s organisms, we can figure out what genes are ‘universal’- found in every organism, across the domains. From that, you can infer what genes LUCA (i.e. the last universal common ancestor) had, and what kind of organism it is.

This ancestor lived 3.8 billion years ago, when the earth had cooled and oceans formed, but the atmosphere was still much like the other inner planets, predominately CO2. It likely lived around hydrothermal vents and took advantage of the chemistry-rich waters to release energy through chemosynthesis: using energy from the oxidation of Hydrogen to turn inorganic carbon into organic compounds life can use! This discovery was groundbreaking, as it proves that all life needs to begin is water, common chemical processes, and warmth. These 3 things are found abundantly in the solar system, such as on Enceladus, which is good news for Astrobiology!

We know this from a study which compared the genomes of different organisms from completely different branches, or domains, of life. For example, bacteria and archaea are thought to have split not long after LUCA, and Eukaryota (multi-celled organisms) developed shortly after that. Genes that are found in most or all forms of today’s life were probably part of LUCA’s genome, so after adjusting for Lateral Gene Transfer- when pathogens leave some DNA behind or when bacteria swap genes- a team from Germany has identified 355 genes belonging to LUCA, that are suggestive of the traits mentioned above, they also figured out in didn’t need oxygen to survive! This trait is shared amongst many bacteria, but only one animal that doesn’t need oxygen has been discovered. (See Image Below)

It’s important to remember that LUCA isn’t necessarily the first life. Many other similar organisms were probably formed around at the same time, when chemical reactions created the nucleotides that are the building blocks of RNA/DNA, which resulted in the production of proteins and a leaky cell membrane that allowed for a flow of Hydrogen ions. This allowed for the creation of ATP which is what all life relies on to release energy, giving it the power to grow! Thus, the cell became life, evolving over the rest of history to meet the demands of its environment. Of course, this chemistry turned biology may have happened around many warm, alkaline hydrothermal vents, but Earth was -and remains- a dangerous place: so life may have been created time and time again, but only LUCA and its descendants survived against all odds to evolve into the millions of species we see today!